Recovering nature in cities to help restore connections between people 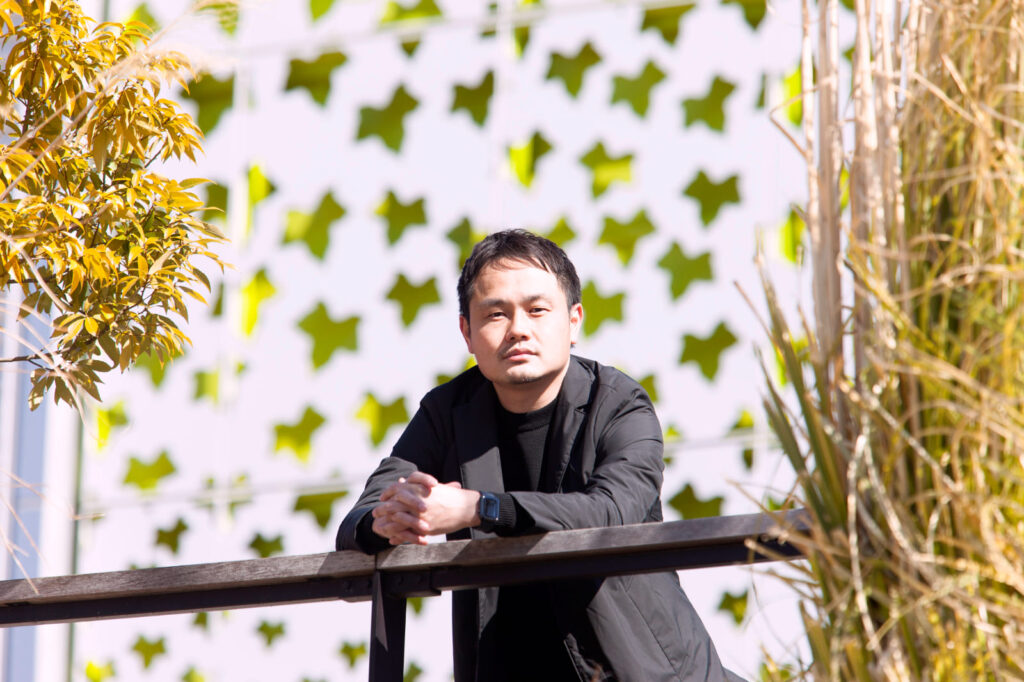 Mr. Shoji Kaneko studied landscape architecture in the United States, and has been involved in numerous urban design, public space and landscape design projects in Japan and overseas. I asked Mr. Kaneko, who participated in the early-stage overall design proposal for the Umekita 2nd Project, about the role of landscape design in the new coexistence of urban areas and nature.

Q. What made you interested in landscape and urban design?

A. I grew up in Senri New Town in Osaka. It was the forerunner of “New-Town” development at the beginning of the 1960s, and by growing up surrounded by designed and well-maintained streets with abundant greenery, I think I unconsciously became aware of the environments in which people live. I was also attracted by the compact neighborhoods close to mountains and rivers of Kyoto, where I spent my student days. I studied architecture at my university and got interested in how to treat the spaces around and between buildings, rather than perceiving a building as a single entity to itself. At that time in Japan, there was not as much focus on “landscape” as there is now, and learning from magazines and the like that there was a job called landscape architect in the United States, I decided to study at a graduate school there.

Q. After graduating from the University of Washington Graduate School, you entered the landscape architecture firm GGN in Seattle. What kind of projects were you involved in?

A. One was the Lower Rainier Vista project of my alma mater, the University of Washington. This university campus masterplan was designed by leading American landscape architect Olmstead Brothers at the beginning of the 1900s. As you ascend the campus’s axial slope there is a fountain welcoming you, and looking down in the opposite direction, you can see Mount Rainier in the background. The line of sight linking the fountain and mountain has become the university’s symbol. However, as the amount of car traffic increased around it over time, you had to cross streets many times to get to the campus. In this project, we focused our efforts on careful grading linking the pedestrian route seamlessly from the newly constructed light rail station, while enhancing the vista imagined by Olmstead. The street that you previously crossed at a level crossing was lowered, and a pedestrian land-bridge following the sightline of the campus was put over it. Thanks to this, people could travel between station and campus without intersecting with any cars. With that magnificent nature and fountain in the foreground, we designed an environment where pedestrians and cyclists could come and go safely and comfortably linking to the surrounding neighborhood. How do you solve present-day issues while preserving the context of a historically treasured campus design? This is a good example of an urban design realized with a lead of landscape architect.

Q. The Bill & Melinda Gates Foundation Campus was completed in 2011, which you were involved in since joining GGN.

A. “Local Roots, Global Mission” was the motto of the Gates Foundation, the largest non-profit philanthropic entity in the world active in the fields of medicine, welfare, and education. Through integrated design between building and landscape, the project team aimed to express this motto, both being rooted in their home ground of Seattle and the global mission of their work all over the world. The ground-level landscape and podium of the buildings were set orthogonal to follow the surrounding street blocks, and above boomerang-shaped buildings were set as if they are stretching hands outward to the world. This land was formerly fertile bog-like wetland where its past inhabitants gathered food, so we put a water feature in the middle of the site fed by stormwater, respecting the original landscape, and created a central plaza such that people cross the water to move between buildings. A client won’t be satisfied merely with quirky things. The whole point was to have a convincing set-up linking the environment inside and outside buildings, with feet rooted firmly on ground and with a highly liberated design above. On this occasion too, through repeated dialogue between architect and landscape architect, a concept was born integrating greenery and architecture.

Q. You returned to Japan in 2012, and after entering the major architectural firm Nikken Sekkei, you took part in an entry in the international design competition for the Rail Corridor project in Singapore, which won with flying colors.

A. This was a competition seeking proposals for turning a former site of a Malayan Railways freight line crossing Singapore into an inspiring and extraordinary community space. In our proposal, we carried out a thorough “decoding” of the site. By creating 10 nodes (junctions) along the 24-kilometer-long railway site, we proposed a highly diversified public space, with sports amenities, community vegetable gardens, work garages, event spaces, etc. to suit lifestyles of the local people. Singapore is a highly dense city-state, but when you take one step into this abundantly green space, there is a relaxed atmosphere where you are not conscious of that at all. It makes one feel acutely how important it is to be close to nature in the lives of urban residents in present-day society.

Q, You played a mediating role between GGN and the designers in the early-stage landscape design for the Umekita 2nd Project. How did GGN interpret the location and environment of Osaka?

A. Originally the Osaka Plain was flooded by the Yodogawa River and many other rivers, sediment settled, and a lowland was formed. The Umekita district, too, was a place of riparian forest in the past, where clear water and air were born, many different creatures lived, and crops were nurtured. GGN’s concept was to give rebirth to that “fertile land.” They considered the whole site as one park with rich greenery on a fertile land. The site is divided into north and south, and each has its own unique character. For the south site, they planned a large lawn space connecting the civic atmosphere with the existing plaza in front of Osaka Station, and for the north side a naturalistic garden with a waterfall flowing into a pond connects to the environment of the existing urban forest at the base of the Sky Building. Although a street passes in between the two sites, sculptural landform with careful grading effectively controls one’s sightline as if the two sites were connected. Diverse types of places for people to hang out are imbedded in the landform utilizing slopes and flat ground. The design is conscious of the sequence of a visitor’s experience as the scene changes with the landmarks of Osaka always being in their background. The park has multiple focal points, and there are many inviting places for photographs to be taken. I think that it is this strong spatial structure in landscape making full use of the surrounding context that makes it stay in people’s memories, and ultimately gives birth to the new district’s identity, and to people’s affection for it.

Q. Could you say that by introducing an outsider’s view through GGN, it was possible to perceive the city of Osaka more objectively?

A. That’s right. There are things that people living in Osaka a long time don’t notice, as well as discoveries that only an outsider’s eye can see. Landscape is also the task of searching for what is found only in that particular spot. Comprehensive research looking into a place’s history, culture, geography, and flora and fauna is important in order to determine what special resources and themes only exist there.

Q. In 2016, Kashiwanoha Aqua Terrace in Chiba Prefecture, a public space designed through Public-Private Partnership, was opened to the public.

A. By turning what was a rainwater-storage reservoir into a place for social interaction, the project aimed not just to create a place for local residents and workers to relax, but to entice companies and research organizations in Japan and overseas. The retention pond was previously enclosed by a fence shutting out people — a closed space with surrounding sites turning its back to it. While removing the fence to provide easy access and places with a nice prospect across the pond, for safety reasons, entry points were limited to only six locations where it effectively connects with the surroundings. The slope leading from the street down to the pond has various places designed to rest and relax for a time, creating an environment where people can linger by the pond. When it rains, the water level rises, and waterbirds flock to the green areas. With the hitherto neglected retention pond becoming part of everyday life, people have started to notice how this place is connected to their watershed. By turning the infrastructure from gray to green, local people became more aware of their surrounding environment and started to get actively involved in its operation and management. In addition to daily use as somewhere to walk or eat lunch, the space has also recently been put to use in public-initiated gatherings such as live music and other events.

Q. How do you think the field of landscape architecture will continue to unfold in Japan?

A. In Europe and the United States, there is a great awareness of public space as something belonging to everyone, and of making it into a good place together. In Japan, we are taught that public spaces are for keeping to the rules and not inconveniencing others. There has been little consciousness of public space belonging to them, or motivation to work for improving it. However, facing this COVID-19 pandemic has started to change people’s consciousness. Many people have noticed how good humans can feel if they can take off their masks outside, breathe fresh air and sense nature near to them. Sensing the need with our bodies for a “third place,” now is the time for individuals to commit to public spaces. I feel we have reached the stage of saying, not, it’s a city so let’s give up on nature, but rather, how can we create an environment where we can sense nature on a daily basis even in a city.

Now city leaders all over the world are working hard to raise agendas for urban development where you can sense the seasons and encounter various living creatures, in an attractive outdoor environment within walking distance that does not involve setting out afar by train or car. Now is the age to search for ways to have an economy and form of development that protect and nurture nature, not destroy it. I think creating opportunities to bring nature back to cities and to link people together will become one of the important roles that the field of landscape architecture needs to achieve.

Shoji KANEKO
Director, Urban and Landscape Design Group, Nikken Sekkei
Landscape architect / urban designer. Graduated from the Kyoto Institute of Technology, completed MLA program at the Graduate School of the University of Washington, then engaged in landscape and urban design work at GGN (Seattle, USA). In 2012, returned to Japan and entered Nikken Sekkei. In recent years he has been involved in sustainable urban design, public space planning, and nature-based design through interdisciplinary collaboration in Japan and overseas, which can be found in projects such as the Rail Corridor in Singapore, Kashiwanoha Innovation Campus/Aqua Terrace, Shinagawa Railyard Site Redevelopment, and Shibuya Kitaya Park. Board Member, Japan Landscape Architects Union; Visiting Professor, Ritsumeikan University.