A garden harking back to the original landscape, while ever evolving 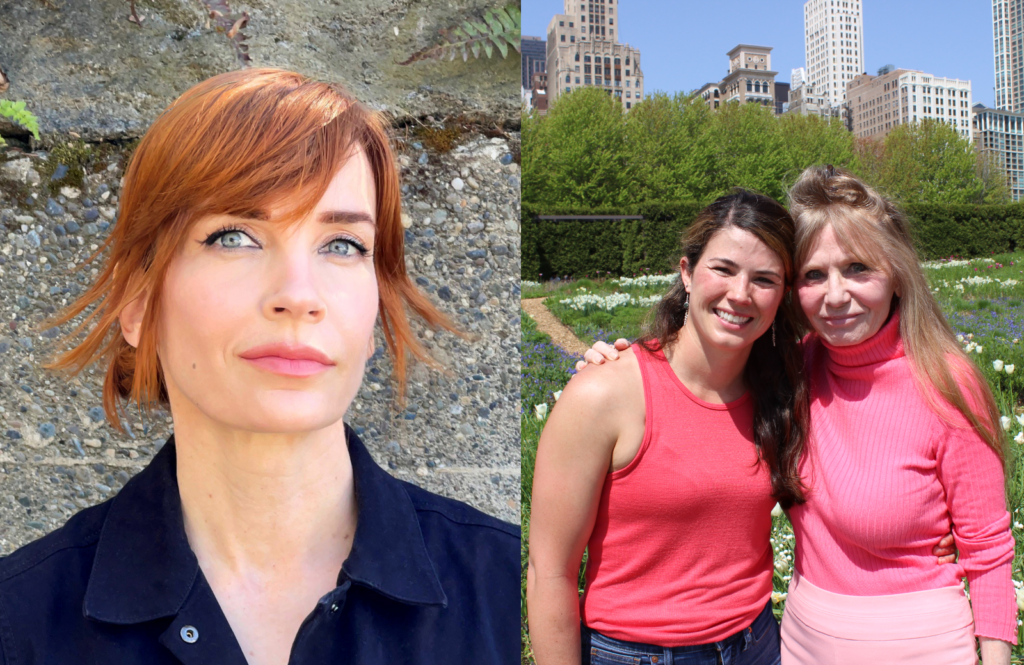 A public space enlivening the urban scene in Chicago, Millennium Park was born in 2004. The ground was filled in at a former rail yard and track storage area, and a huge civic space was created above the railroad station and parking lots. Lurie Garden, a major area set in the southernmost part of Millennium Park, was designed by the landscape design company GGN, which is also taking part in the urban development of the entire area of the Umekita 2nd Project.

Lurie Garden is one hectare (2.5 acres) in area, combining over 350 individual types of plants including perennials, shrubs and trees of varying heights. The expanse of garden has a path conceptualized the coast of Lake Michigan, and is divided into light and dark plates. Ms. Donna LaPietra, Chairman of the Board of the foundation that operates Millennium Park; Ms. Kathryn Deery, active in maintenance and long-term planning as Head Horticulturalist of Lurie Garden; and Ms. Shannon Nichol of GGN talked with us about the present-day Lurie Garden.

Q. Please tell us about the history of Millennium Park.

A. In looking for the perfect way to mark the new millennium, to give a gift for the citizens of Chicago, a group of private philanthropic citizens joined with the City of Chicago to create an urban oasis for the arts—a park meant to redefine urban public space with a forward-looking eye and one that is free with access to all. The park is defined by its key artworks from sculptors and designers on the cutting edge of their craft: Anish Kapoor’s mercury-like Cloud Gate; Jaume Plensa’s interpretation of a contemporary fountain with spouting LED gargoyles; and an outdoor performance pavilion by architect Frank Gehry. (LaPietra)

Q. What kind of a garden is Lurie Garden?

A.
In the competition, we sought plans that were forward looking in landscape design, reflecting the new millennium and respecting the ecological vitality of the land. This resulted in the selection of GGN. GGN’s design wove the history, geography, and ecosystems of Chicago into the garden. While Lurie Garden is naturalistic, it also has a definite, singular artist’s vision in its plant palette. (LaPietra)

In the competition, we were asked to bring in rare and unusual plants that you can find nowhere else in the world, and the method of positioning a botanical garden on artificial ground constructed by humans gave a sense of fascination. Similar to Osaka, Chicago is a city built on a marsh, and Lurie Garden has things in common, too, with the Umekita Project. Both have the theme of revealing the unique energy of their city. Lurie Garden tells the story of the people who created Chicago in all its elements—its forms, landforms, layout, shapes, etc.—and expresses the upward energy of the city, in this naturalistic garden that stretches across what is really a rooftop. Also, we realized we wanted the original marshy landscape of Chicago to come back in the middle of the present-day city landscape—expressing the region’s history and leaving a message for the future. And that’s why we teamed up with Dutch horticulturalist Piet Oudolf, who was working with American native plants in Europe at the time. (Nichol)

Q. Please tell us about the design concept for Lurie Garden.

A. We had a strong story and a strong concept of it being “pushed up from below, with this energy.” Lurie Garden came from the idea of two different perennial gardens that we call two plates. One was more about the marshy past, a more challenging garden: the “Dark Plate,” and then the other garden was more about the future and the open prairie: the “Light Plate.” I am still in touch with horticulturalists at the garden even though the project is complete. When we put plants in the ground, the project’s just starting, and it needs to be able to keep changing under expert hands. Lurie Garden is one of the only public landscapes that is more beautiful now than it was when it was planted. So it is an example to the world of the importance of committing not just to the installation of the plants, but to ongoing gardening and creativity. (Nichol)

Q. Please tell us about the present-day Lurie Garden.

A.
We meet people every day who are coming from near and far just to see Lurie Garden, and for various purposes. They want to know more about the plants, and how to make their own “Lurie Garden.” We also see people who just happened upon the garden and had no idea that there’s something so wild and beautiful in the urban landscape. Lurie Garden is surrounded by the shoulder hedge and the entrances are narrow, so people have to make an effort to find it. This makes it that much more exciting and enticing, and visitors have called it the “secret garden.” (Deery)

Lurie Garden relates to the rest of Millennium Park, with its shiny lights and stainless-steel sculptures, in a counter-intuitive way that helps people focus on the subtleties of the plants. It was a challenge to carve out this space from such an active park, but the result is a place where people can relax. We used the big hedge, the shoulder hedge, to enclose and protect the garden space, so people focus on Piet’s artistic perennial design. But the hedge is designed so that you still see all the buildings, and even in Lurie Garden, you still know you’re in Chicago and you see the city beyond. Prairie-based perennials—a lot of grasses—go dormant and brown in the winter. Those are also elements giving a sense of season, and we were early in introducing the idea of a garden where things go brown in the winter to an American public that had not accepted that yet. (Nichol)

Lurie Garden is the one place in Chicago’s urban scape where the awe of the natural world meets the inspiration of the manmade world. Stepping inside its hedged borders creates a magical moment that literally takes your breath away. You are consumed by the richness of this green haven with all that nature can offer, then your eyes lift up and you see the backdrop of the incredible skyscrapers that have been built by man. The natural and man-made tells you something of the history of this very special place we call Chicago in two different ways. (LaPietra)

Q. What is important in order to achieve this same level of quality in Umekita, which is soon to open?

A. I think two things that happened at the Lurie Garden stand out to me as having great potential. One of them is the use of the park as a way to share the story of the city. The story of how Osaka was built is wonderful too. The canals are so interesting. Its natural and cultural history can become better known as people visit Umekita, and then look back at their city from the park. The second is the commitment to talented gardening, caring for the plants and being willing to change them, as we all learn more about what works best in urban horticulture. That will make Umekita, too, a destination for people to come see and learn from. Osaka has always been very open to new ideas and making new things, so I see that as being a good match for the city. (Nichol)

Q. Please tell us about the vision for the future of Lurie Garden.

A. This garden is a living work of art. It’s not static, it has evolved over the years since it opened, and continues to change. My focus for the future is to just guide that evolution responsibly and thoughtfully, always considering the original design intent. I would recommend thinking of Lurie Garden as an ecosystem, where everything is connected: the maintenance and the health of the plants, the soil, and the wildlife. Ultimately, a healthy landscape is a beautiful one. We’re finding, new ways to keep Lurie Garden relevant, choosing native plants when we can, not using chemicals, and creating habitats for wildlife, but doing this with aesthetics always in mind. (Deery)

Donna LaPietra
Chairperson of the Board of the non-profit, civic Millennium Park Foundation. Involved from the outset to design and raise private funding for Millennium Park.

Kathryn Deery
Head Horticulturist of Lurie Garden as an employee of Millennium Park Foundation. She is passionate about the vital role public gardens play in communities. Her goal is to maintain the design integrity of Lurie Garden while facilitating the garden’s evolution.