Creating a place where people can share emotion, which will stay in their heart all their live. 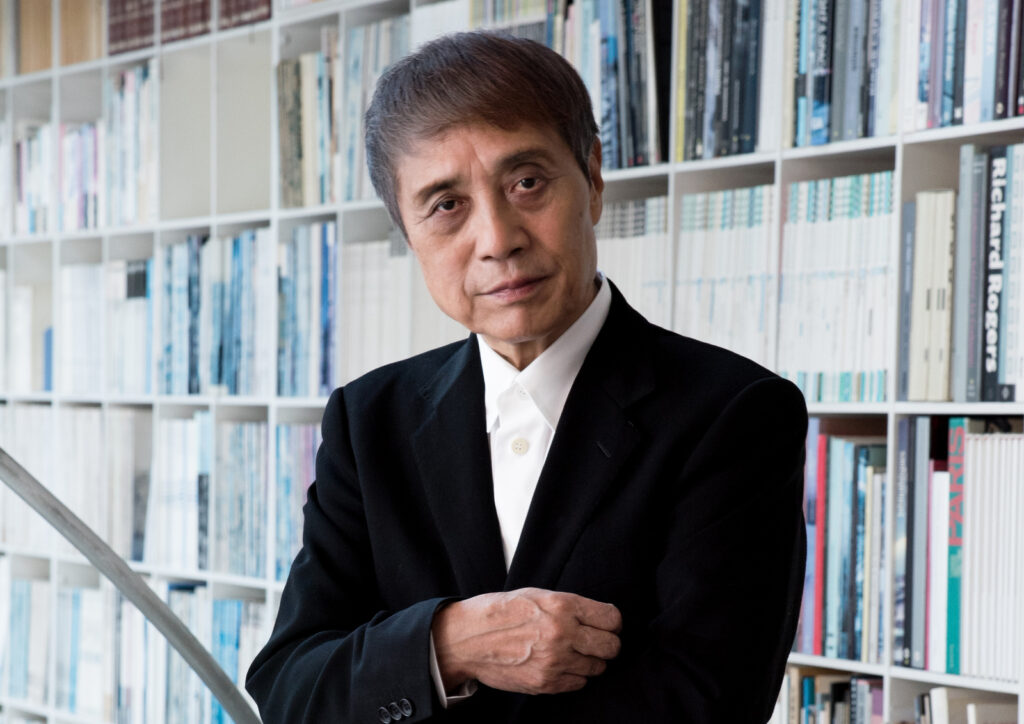 We are eagerly awaiting the opening of the Umekita 2nd Project, an urban space brimming with vitality and having the overarching concept of Midori (greenery) and innovation in harmony. I spoke with Mr. Tadao Ando, who was the designer and supervisor of the Next Innovation Museum that is anticipated to be a place to accept diversity where a wide range of people can find challenges.

Q. You have been involved in numerous works of architecture in Japan and abroad. I believe the Umekita 2nd Project Development is the largest urban development plan ever in Osaka, your base for a long time. How did you feel about taking part in this project?

A. I was born and bred in Osaka, and so have special feelings for this city. From a young age, I have felt pride in the grand urban scenery created by the four rows of gingko trees along Midosuji Avenue, and in the story of great public spirit shown when citizens offered up their own roadside land in order to build it. Osaka has seen citizen-led urban development from olden times. In particular, in the Nakanoshima area that can be viewed as its economic and cultural center, privately-built architecture—bridges, libraries, halls, etc.—are still important elements in the Osaka townscape.

Midosuji Avenue that cuts north to south through the center, and Nakanoshima that stretches across it east to west, create the urban axis symbolizing “the people’s town of Osaka,” and are the heart of the charm of the city. The Umekita 2nd Project is located at the northernmost tip of that axis. By making this area into a vast urban park, I think Osaka will become a townscape with a further layer of appeal. I also hope it will continue to be a source of pride for the next generation of children.

Q. What role do you think the urban park will play here, with its offices, homes, hotels and commercial facilities?

A. The Umekita 2nd Project area is located at an important transportation point linking Kyoto, Osaka and Kobe, and this is a unique urban development project in Japan. I believe that creating an enormous green park on this land where various kinds of logistics and information are concentrated is an extremely significant plan not only in itself, but also in terms of thinking about what the future shape of the city should be. When complete, I think many people will visit here, meet and chat amongst the greenery, and it will become a place for fostering new exchange.

Q. What are the important perspectives for urban development that have unfolded worldwide, as well as inside Japan?

A. A city’s appeal does not come from mere individual buildings. As is evident from cities such as Paris and New York, cities planned from the start with a clear goal are pleasing across the generations. These cities have carefully positioned their areas of manmade nature like parks and their various cultural facilities, such as theaters and art museums, so that their development has given due weight to the enjoyment of life.

Q. The Next Innovation Museum, whose design you have overseen, is thought of as a device within the Umekita 2nd Project for enjoyment of the city. It is drawing attention as a new facility packed with art and digital technology. What points did you consider when designing it?

A. The larger part of the museum’s features is buried underground, with the section aboveground being a “green box” with “greened” walls that will merge into the surrounding park scenery. Visitors will be able to enjoy a new style of exhibition fusing cutting-edge digital technology and art and other artistic works while relishing the lush green environment. By integrating it with the park, I am also hoping it will be a facility that people can casually drop into while out on a stroll. I anticipate the museum will be a place where visitors can contemplate the future, a sort of “mechanism” giving another layer of meaning to everyday life.

A. I have considered the relationship between art and architecture to date in projects such as the Naoshima “art island” works in Japan and the Bourse de Commerce in Paris. Outstanding art captures the hearts of many people in itself, and has the power to open up new worlds. In particular, contemporary art embodies a spirit devoted to creating a new future, but at the same time it remains grounded in the present and puts into proper perspective the essence of the past That art gives us the opportunity to consider our future, and requires judgement and insight. My aim in new exhibition space has always been to create a place for deep contemplation, and to inspire stimulating dialogue between an artwork and the viewer. I want to create a higher-dimensional “place of possibilities,” where art, nature and humans directly collide and stimulate each other. I am hoping that this museum will become that kind of place. Art and other artistic endeavors incites emotion in people’s hearts. In the sense of creating a place for sharing that emotion, architecture, too, could be called a part of artistic culture. I believe that the ultimate aim of architecture is creating a space which will stay in people’s hearts for all their life.

Q. From early on you have worked on projects that look toward the natural environment, and now issues such as earthquakes, pandemics, and climate change on a global level are urgent. Could you tell me a little about your view of architecture in the future?

A. For a long time, the Japanese people have lived alongside a rich nature on an island country surrounded on all sides by the sea. The culture was one of living in a green environment and a mutual helping out of family and members of the local community. However, that beautiful natural environment of Japan has gradually been destroyed. As you know, in the 1970s Japan became one of the world’s economic superpowers, and despite the bursting of the asset price bubble in the ‘90s, society still operates under the guiding principle of economic growth. I believe that global warming, as well as the recent COVID-19 pandemic, are all issues that are linked. Humans who have grown up within nature have lost their sensitivity to nature. It is obvious that this has created many problems for modern society. We have a duty to children of the next generation who will be living in this world, and we must act for them.

In this rapidly changing age, neither the world nor architecture can know what the future holds, but precisely because of that, we must look firmly at the basic that is, “What can architecture do?” Architecture cannot solve the complicated issues of modern society, nor save human souls. Yet, with culture as a keystone, I believe it can at least provide the opportunity for our children, who will inherit tomorrow, to discover their respective dreams. I want to do what I can within my reach, and to my utmost ability. I continue to work with that sentiment.

Tadao Ando
Born in Osaka in 1941. A leading architect in Japan. After traveling the world, became a self-taught architect. Representative works include Row House, Sumiyoshi (1976); Church of the Light, Osaka (1989); Benesse Art Site Naoshima; Japan Pavilion, Seville World Expo (both 1992); Osaka Prefectural Chikatsu Asuka Museum (1994) and Bourse de Commerce, Paris (2021). Awarded the Pritzker Architecture Prize in 1995, the International Union of Architects (UIA) Gold Medal in 2005, the Order of Culture in 2010, and many other awards in Japan and abroad. Solo exhibitions at the Museum of Modern Art, New York, in 1991, and the Centre Pompidou, Paris, in 1993. Served as Visiting Professor at Yale, Columbia and Harvard universities. From 1997, Professor at the University of Tokyo; currently Professor Emeritus.