A stay, as delivered by three unique hotels, that will remain engraved in people’s memories 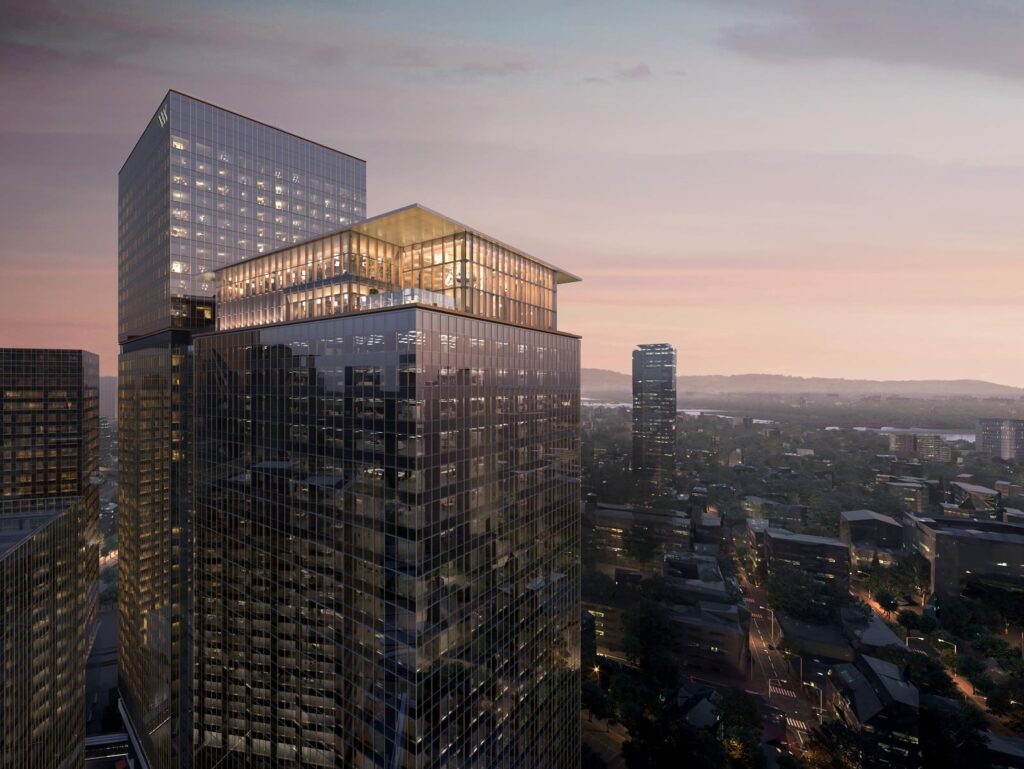 The Umekita 2nd Project is creating a new townscape to announce it to the world as an international innovation base. Three hotels are being built as if to encircle the 4.5-hectare (11.1-acre) urban green park, with the North District scheduled to open in the summer of 2024, and the South District in 2025. What do the people leading the hotel division think is needed for a pleasant, blissful stay spent together with greenery?

“The Umekita 2nd Project will give birth to an array of facilities, functions and areas, to be frequented by many visitors. In the spring of 2023 JR West will open the Umekita (Osaka) underground station connecting directly with Kansai International Airport, thus providing improved access, and we predict many visitors will arrive from overseas. With its so-called MICE facilities––meetings, incentives, conferences, exhibitions––such as an international conference hall, we hope it will become a venue for a wide range of individuals, from the wealthy to those traveling for business or pleasure. With that in mind, we have introduced three categories of hotel,” says Mr. Yosuke Karimata of the ORIX Real Estate Corporation, explaining the background to the project, which included an urban design competition.

Those three categories are made up of a top-class luxury hotel so as to charm the wealthy from around the world; a lifestyle hotel to tempt those with creative ideas such as millennials gathering at sites for innovation; and lastly, an upscale hotel for wide uses from business to leisure. The three hotels are each distinct from the other.

“To select the three hotels, we held a competition for each category. We invited proposals from operators of hotels who had shown an understanding of the Umekita 2nd Project basic concepts and a positive attitude for going forward, and after much time in discussion we made our selection,” Mr. Yosuke Karimata says, looking back.

Waldorf Astoria, the ultimate brand of the worldwide Hilton Group, is due to open as the top-class luxury hotel in the new townscape.

“Since opening in New York in 1893, the Waldorf Astoria has accommodated American presidents and heads of state from other countries, as well as the world’s most famous entertainers. In the present day, too, it is known as a place where contemporary leaders, the top of the business world, celebrities and culturati gather. I feel that guests stay there looking for the exceptional service and personalized attention to guests for which the Waldorf Astoria is known––the true Waldorf service,” says Mr. Yosuke Karimata, who has observed numerous hotels in connection with this project.

Two years ago, Mr. Hideaki Godo of Sekisui House stayed at the Waldorf Astoria Bangkok. “I was able to check in while seated from the executive reception floor, and the infinity pool, offering a sweeping view of the streets of Bangkok, was just amazing. Breakfast was offered with refined service in a relaxed atmosphere while gazing at a beautiful view, and I was able to enjoy a very elegant stay,” he says, vouching for the hotel facilities and the hospitality that charms VIPs.

Mr. Yuya Goto, of the Hankyu Hanshin Properties Corp., notes, “At the Waldorf Astoria Bangkok, if you climb a mysterious spiral staircase from the top-floor restaurant, there is the entrance to a secret bar seemingly in the wall. I was surprised by this kind of special hospitality. We too are thinking about what special hospitality unique to Umekita 2nd Project we could offer in order to provide an experience that will remain engraved in people’s memories. Of course, the iconic grand staircase and standing clock that represent Waldorf Astoria, and the Peacock Alley Lounge & Bar with its extravagant tales about New York, will also feature.”

The lifestyle hotel chosen for the project is Canopy by Hilton, a new brand born in 2014 and belonging to the same Hilton Group.

“We feel it to be a hotel that will fit very well with the basic concept of the Umekita 2nd Project of innovation in harmony with greenery (midori). In the hotel in Washington state where I stayed, much attention was given to that area’s regional flavor, going beyond simply providing accommodation: this included offering local coffee brands and free craft whiskey tastings that were open to local residents. Similarly, its hotels elsewhere, be it Reykjavik in Iceland or Chengdu in China, are rooted in their respective regions, meaning no two hotels are the same. We will be working to capture Umeda in Osaka culture under this Canopy-style design,” says Mr. Yosuke Karimata.

The third type of hotel, the upscale hotel, will by operated by Hankyu Hanshin Hotels. It will be targeted at the discerning adult tourist used to traveling.

Mr. Yuya Goto of Hankyu Hanshin explains, “We want to make it a base for travel so that visitors here for tourism or business do not simply go to see famous tourist spots, but can also enjoy the culture of Umeda in Osaka and the townscape in its entirety. We also want to place importance upon “wellness” as one of the basic themes of the project. An urban spa is planned for the lower retail floors of the hotel building to be accessed directly by elevator. This pioneering spa, which should gather attention worldwide, is being planned by the famous spa company “La Suite,” and we look forward to our hotel guests being able to experience a kind of hospitality they have not known before.

“The hotels are crucial elements for the international innovation base that Umekita 2nd Project is intended to become. Altogether, the three hotels will have a total floor space of approximately 80,000 square meters, the second largest after office space. It is rare to include three hotels in the same complex, and that too suggests the importance we are placing on the hotel operations. The experience of the COVID-19 pandemic has meant the addition of a variety of different services beyond accommodation, widening the possibilities for hotels. Now that we have gone through the pandemic, we can create the three new hotels based on that knowledge, for an innovative edge,” Mr. Yuya Goto further notes.

Mr. Hideaki Godo adds, “We are hoping that Hilton’s two global brands, and Hankyu Hanshin Hotels with its long success in the Umeda area in Osaka, will evolve together while each displaying its own particular features. That should lead to a lively townscape. Although the large urban park at their center is a public space, we anticipate activities too that treat it as a private garden for each hotel, serving to create Umekita’s unique history and landscape going forward.”