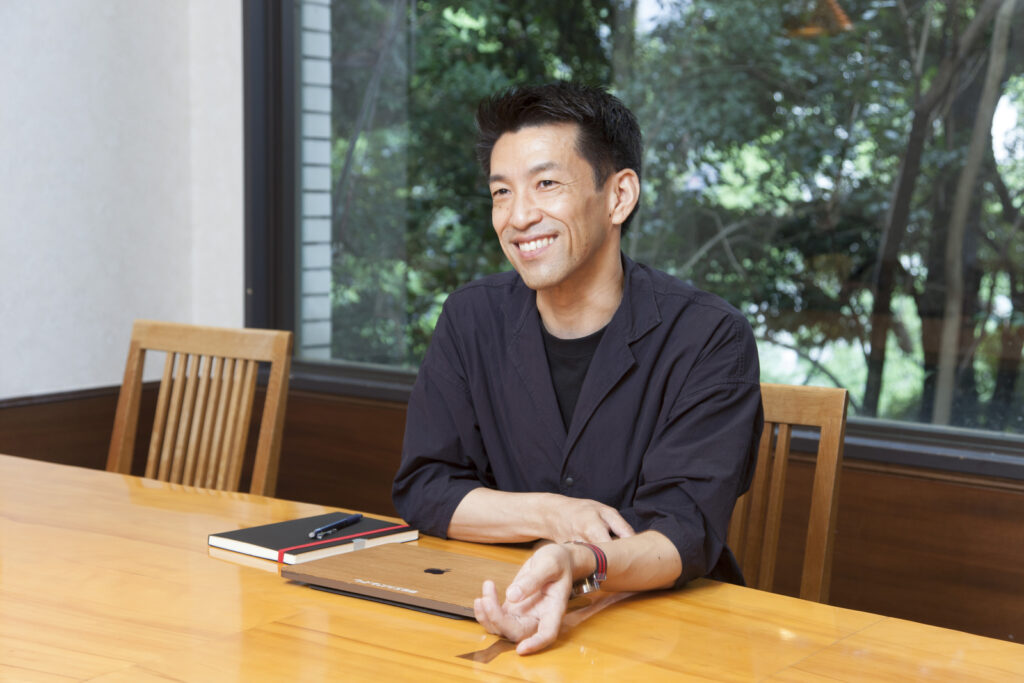 After graduating from high school, Yamazaki engaged in part-time work for a few years to save money, before moving to the United States and majoring in regional economic development at the University of Southern Mississippi. In 2004, he started working for the San Antonio Economic Development Foundation in Texas, focused on attracting businesses for industrial development, among other endeavors. Then, one day, while visiting Portland, Oregon, to attend an energy-related conference, he experienced a moment of culture shock. “It’s not that big of a city, yet I was surprised by how metropolitan and sophisticated the downtown area was. You can go anywhere by bicycle or streetcar, it has lush greenery, and the food is delicious. I thought I’d like to live there.” At the time, Portland had been quick to put into practice sustainable urban development and had entered the limelight as one of the most desirable cities to live in the whole of the United States. Later, having reconsidered his future course because of the 2008 financial crisis, Yamazaki acquired a post at the PDC, which had been of interest to him for some time. So, in 2012, he said farewell to his 17 years of southern living and began a new life in the Pacific Northwest.

The work of the PDC is to support all aspects of the regional economy. It is wide-ranging and includes forming economic strategies, taking part in town redevelopment, and revitalizing suburban communities. In Texas, Yamazaki had taken part in space-planning projects such as for industrial properties and offices, whereas in Portland, he became deeply involved in “urban design,” looking from the viewpoint of residents and increasing the value of the land in the mid- to long term.

“The first thing I learned in Portland was the idea of ‘social impact.’ You think about how big a budget is needed to renovate the buildings in a block, and how much of a positive effect the renovation will have on society 20 years hence. Portland has a system whereby a bond can be issued for the renovation of a blight area. The fund can be used to improve the public infrastructure, parks, and some buildings, which will be resulted in higher tax revenues for the city to repay the bond. The process has the potential to attract companies with a social and economic impact for that area. In such work, the notions of social fairness and gender equality were important. Also, when attracting major companies, I worked to secure returns to the local people, without fail. When small, local companies grow, and women and people of color can play an active role in society, the local economy gains much bigger impact, and a city becomes ever more attractive.”

Originally, Portland was a city built by settlers in the 19th century who arrived in wagons and cultivated the land. During the Second World War, the city thrived, with shipbuilding—for transporting goods—as its main industry, but after the war, the city was plagued by pollution, and the population declined as a result. Faced with the risk of an economic decline, its citizens put the environment first and made efforts toward reviving the city. In the 1970s, plans to construct a freeway in the center of Portland, such as those that were being constructed all over the United States at the time, were abandoned due to citizens’ fierce opposition. Instead, a brick plaza was built, where over 300 events are now held every year, and which is lovingly called “Portland’s living room.” From the 1990s, the city has held workshops and events gathering the views of some 20,000 people, which continue to be used to update the urban development vision.

“The environmental consciousness that has existed uninterruptedly among citizens since the postwar period is still firmly rooted in this city. They consider, through their conversations, how to achieve circular, sustainable urban development. Since the United States is a democratic country, the work of governance is seen as an issue in which everyone must be involved. There is an awareness that the public ‘we’ includes the individual ‘I,’ so citizens discuss public issues as if they were their own.”

During his tenure at the city of Portland from 2012 through 2017, Yamazaki took part in multiple projects to introduce Portland’s sustainable urban design to Japan. One such endeavor, Kashiwanoha Innovation Campus Project in Chiba Prefecture, which has been recognized around the world for its environmentally advanced approach and its public private academia partnership. The project was awarded the highest rank of platinum recognition in Leadership in Energy and Environmental Design (LEED) of the U.S. Green Building Council and received the award for Best Futura Mega Project from MIPIM (Le Marché International des Professionnels de l’immobilier).

Since returning to Japan in 2019, Yamazaki has been active in urban development across the entire country, centering on regional revival: “The first job I got involved after returning to Japan was in Nanto City, Toyama Prefecture. Within the community of around 8,000 people of the former town of Inami are 200 woodcarvers, and orders come in from all over Japan for the decoration and restoration of shrines, temples and so on. I was completely taken by the town, but it has numerous issues including an aging population and female outmigration. The town has been run by predominantly older male, and that situation needed to change. So, my team and I created opportunities for the women and young people who had nowhere to express their views to have a voice. Everyone considers together what is necessary to ensure that the town will still be there in 100 years. They have continued to advance toward their goals, keeping in mind a balance of power between the town economy and those living there.”

Yamazaki, who continues to pursue activities transcending national and cultural differences, is often asked for his opinion on urban development for an international city. He says he expects true globalization from the Umekita 2nd Project. “When a subject is an international city, there is no need to create anything new. Foreigners want to experience a glimpse of the culture and history unique to that city. The world wants to know about Japan, but the Japanese people are shy and not so great at communicating the local culture. By employing Osaka’s unique vitality, The Umekita 2nd Project, could elevate the presence and the culture of Japan to the world. I hope it can convey the special essence of Japan by expressing adeptly both the country’s traditions and sense of innovation.”

What is needed to create a bustling town? According to Yamazaki, “We need places where people who pass each other and strike a conversation, places for to spend time, and places for people to exchange ideas. In order to generate innovation in the city, Portland’s urban development is working on blurring the line between public and private properties, widening, for example, the frontages of buildings so that it is easier for people to access the first floors of the buildings in the shopping district. There is a feature known as the engawa (outdoor corridor/veranda), and we should create more of that sort of space where the boundary between inside and outside is blurred on the ground level. This can be done, for example, by placing cafe tables out in front of shops or widening shop frontages so that anyone can feel comfortable entering. I hope that by doing so, many of the empty and shuttered storefronts of regional towns in Japan will begin to reopen. Creating such inside/outside space activates the street and helps store sales. I hope that we renovate old buildings or use Japanese wood material such as CLT or mass timber if you must build new buildings. That could result in drawing out a sense of local character, pride, and more sustainable earth.”

Mitsuhiro Yamazaki
Born in Tokyo in 1975; grew up in Ibaraki Prefecture. After graduating from high school, he moved to the United States in 1995. At the University of Southern Mississippi, he majored in international relations and economic development, and earned a master’s degree. After working at construction and consulting companies and economic development organizations, in 2012 he took up a post at Portland Development Commission. Became independent in 2017 and has engaged in various problem-solving strategies, linking industry, academia, government, and the private sector, and transcending national and cultural borders with the aim of realizing a sustainable society. President/CEO of Mitsu Yamazaki LLC. Author of Portland: Building the Most Desirable City to Live in the World, and Portland Makers: How to Make a Creative Community (both from Gakugei Shuppansha in Japanese).